Home All Articles What is Neo Quantum processor in Samsung TVs 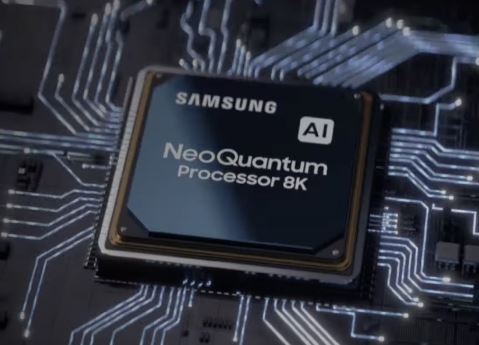 In 2021 Samsung has introduced Neo Quantum processor, that would be used in Samsung TVs. 2020 models’ processor was called simply Quantum processor. According to Samsung, new processor would get a lot of advanced functions and advanced scaling capabilities. It’s using up to 16 neutral network models that were trained with AI and deep learning technologies, so now Neo Quantum processor would be apple to optimize the image quality for 4K and 8K TVs for images with lower quality. Samsung even claims that this technology would work regardless of the original image quality, so any image would be improved to fit 4K and 8K TVs.

However, as usual Samsung doesn’t specify any technical characteristics of the upcoming processor, only its commercial name.

So, let’s take a look on it from the technical point of view.

If we look from the tech point of view, that’s the ARM processors with added specific graphics processors designed for displaying video on screens with a 4K or 8K resolution. To help you understand, I will say that TVs’ pricessors are the same as used in phones.

Samsung added artificial intelligence tools, that are adding more dots to the image to make it better look on 4K and 8K screens. Of course, taking in account that such processors are using AI algorithms it has implemented advanced multitasking, allowing it to perform a large number of calculations simultaneously.

Now let’s talk about AI neural networks and deep learning. Of course, it sounds nice, but how can you train and store in the TV a large amount of information with 4GB of RAM and 16GB of permanent memory (and the major part of it is occupied by the TV’s OS)?

We can assume that the TV analyzes some information and sends the results to Samsung’s servers. But again, between words we can understand that the optimization programs are intended only for image scaling. Scaling is carried out by developed algorithms, including machine learning, but these are whole software products.

I mean that scaling algorithms based on neural networks really exist, of course, but they require a lot of resources.

Real neural networks are run on powerful computers, programs developed and adapted by hundreds of specialists, and a team of analysts who check the results of neural networks and artificial intelligence to weed out errors.

If the TV works with artificial intelligence, someone has to evaluate the result and it’s unlikely that the TV itself does this. But of course the TV’s operating system may have image processing programs that have been developed on powerful computers using neural network.

So Neo Quantum processors uses only algorithm that was CREATED using neural networks and deep machine learning, but that doesn’t mean that that’s neural network algorithm inside your TV.

Buyers of TVs should understand that you won’t find anything extraordinary in TVs with Neo Quantum processors. They are ordinary TVs, but with more features and better picture quality, thanks to advanced software and good screens.

In 2021, Samsung Neo Quantum processors would be used in Neo QLED TVs, so you can also check their prices there.