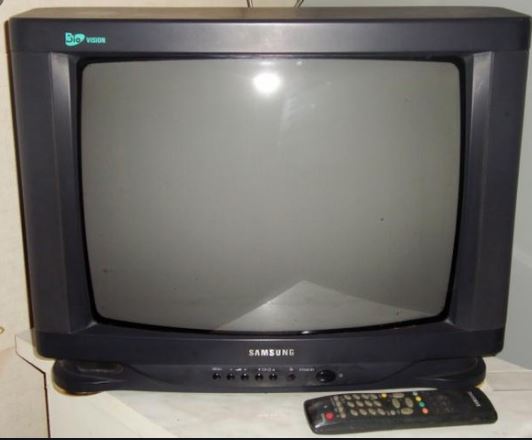 Samsung has been making TVs for 50 years. During this time, Samsung has grown from an unknown company to a leader in the development of advanced solutions in television technology. At the beginning of the electronics industry, Samsung did not have the technology to produce TV sets, but the South Korean government decided to develop the economy, creating conditions for the opening of enterprises with foreign capital and a prerequisite, the transfer of technology to Korean companies. Samsung was one of the companies that received some technology, including television production technology.

In 1991, after the collapse of the Soviet Union opened up huge markets in Eastern Europe and the newly formed countries that emerged from the former Soviet republics. These markets were ready to buy millions of televisions, which Samsung took advantage of by supplying televisions to these countries. The chemical industry mastered the production of plastics, this material was cheaper than wood and made TVs more attractive and cheaper. In the mid-1980s, televisions began to be made in plastic housings.

A new line of Samsung TVs from 1993. These televisions were labeled Bio Vision, in green. Over the course of production, modifications of the inscription appeared, such as Ultra Bio Vision. As it is clear the TVs had nothing to do with biotechnology, it was a marketing ploy.

Samsung experimented with TVs, the next step was to create a TV with a non-standard size screen with a 12.8:9 aspect ratio. At the time, a 3×4 aspect ratio was the standard. The new screen resolution made Samsung’s televisions virtually indistinguishable. It was almost impractical to produce such televisions and many buyers did not remember them at all. The Plus One TVs were so called because their screen diagonal size was one inch larger than the standard TVs of the time. For example, Samsung produced televisions with a diagonal size of 22 inches instead of 21 inches, similarly, if the standard screen size was 29 inches, then Samsung had such a TV set size of 30 inches.

In 1998, Samsung perfected the production of CRT screens and began producing flat screens. They were convex, of course, but the curvature of the screen was greatly reduced, and the protective glass installed in front of the electron beam tube was made flat on the outside. Visually, the screen in such a TV was flat. Another fairly significant step forward, was to bring the deflection angle of the electron beam to 120 degrees, this allowed to make televisions much smaller in depth. Also, to increase picture quality, it was invented to increase the frame rate of the picture display. At the time, the standard display was 24 frames per second. It was invented to duplicate the frames, such televisions were called 100 Hz or 120 Hz, they had a visually better image quality.

Late 90’s, this was the last period of kinescope TV sets, the construction of electron beam tubes did not allow for the production of TV sets with screens over 30 inches, or rather it could be done, but the weight and size of such a TV set made it unsuitable for home use. Therefore, all forces in the development were focused on the technology of flat LCD screens and plasma panels.

In 2005, mass production of televisions with TFT (LCD) screens began, these televisions were characterized by the fact that they were quite thin compared with CRT televisions, they consume less electricity. At first TV sets were produced with small screens of 22-26 inches, but by 2009 TV sets with screens of 32 inches and more became standard. The number of pixels (dots on the TV screen) increased. The first televisions had less than HD resolution, then there were televisions with HD and Full HD screens. Televisions began to accept digital television and digital video streaming.

LCD screens were invented before 2005, of course, but their imperfections made them of little use for TVs, and TV manufacturers allocated a lot of money to reduce response time and remove the residual plume from moving objects on the TV screen. By 2005, these shortcomings had been virtually eliminated. Mass production of televisions with LCD screens began. In 2008 the production of LCD TV sets with large screens of 40-60 inches was launched.

Continued development of TVs, improved the screens, the next step forward was the use of LED backlit screens in TVs, instead of backlighting with special lamps.

In 2009 there was a massive change in TV production, the transition to LED screens, it is not only a different type of backlighting. The transition to LED backlighting has made it possible to make TV screens and place the LEDs on the back of the screen. In turn, this layout has made it possible to control the backlighting, making the image, especially black colors are not gray and black and thus solve the problem of TFT screens, the lack of true black.

In 2010, Samsung launched mass production of 3D TVs, Samsung has only active technology to create 3D, in 2013, 80% of produced TVs supported 3D image. But this technology was not in demand, many viewers noted that they watched a 3D movie only 1 or 2 times when they bought a TV and never used this mode again. In addition, the further development of screens, was a bit incompatible with 3D. By 2015, the production of 3D TVs was discontinued.

In 2011, processor manufacturers adapted TV processors to work with the Internet. In turn, Samsung worked with other companies to create its own operating system so appeared OS Tizen. They wanted to put this system in the phones, but Android won, Tizen is used by Samsung for TVs and watches. We can say it was a very big step forward, the TV works with the Internet, you can watch digital streaming videos on TV, such as YouTube.

Yes Samsung produced OLED TVs in 2013, such as the 55s9 model, at the time OLED screens were imperfect, had a short lifespan, burned out quickly. Faced with a large number of failures, Samsung later decided to abandon OLED TVs altogether.

Also in 2013 appeared TVs with 4K resolution, this format was promising and screen manufacturers upgraded their factories, starting to produce UHD screens. The situation in those years was, there are TVs with a 4K resolution screen, but they could not accept 4K, the HDMI ports did not support this standard at the time. The main goal of TVs in 2013 was to scale video to 4K resolution. Oh, and 4K video was virtually non-existent back then.

In 2014, Samsung began producing curved 4K TVs, There’s not much point in them, such TVs are suitable for watching video if you sit right in front of the TV. But such TVs are produced, not many, it is usually one or two TV models per year.

There were TVs with screens produced using materials on quantum dots, initially used special additional layers in the construction of the screen, they served as a light filter, such TVs became known as SUHD TVs, super UHD.

2017 is the year when Samsung did two big things, started to produce TVs with quantum dot screens, QLED screens, the second founded a new direction of TVs series LifeStyle.
QLED is a premium line of TVs, enhanced picture and advanced features distinguish Samsung TVs compared to other manufacturers. The LifeStyle line of TVs includes special TVs and has gradually expanded to The Frame, The Serif, The Terrace, The Sero

This year they made an 8K resolution screen and Samsung began producing TVs with that resolution. Yes, many owners say they don’t see much difference between 4K and 8K TVs when watching video. Nevertheless, these televisions are being produced.

In 2021, Samsung announced the cessation of production of LED screens and a huge upgrade of its screen manufacturing plants. Since 2021 it is planned to start production of new screens on quantum dots of the second generation. These will be TVs with QLED screens and mini LED backlight. The commercial name of this technology is NEO QLED. Note that the production of Neo QLED screens will be organized at the old plants producing QLED screens.