Home All The evolution of ARM processors in mobile devices from 1990 to the... 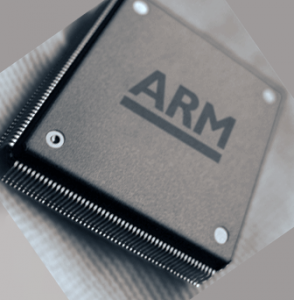 Since the company was once the creator of ARM architecture, Advanced RISC Machines, the current name is Arm Holdings. ARM has developed the right development strategy. In the late 80x early 90x, there were quite a few processor manufacturers. But ARM decided to focus only on team development and core development. ARM does not produce processors on its own. ARM sells licenses to other companies to manufacture or create their own processors using off-the-shelf ARM cores. This approach was liked by many companies manufacturers of phones, tablets, televisions and other devices. Buying ready-made solutions significantly reduced development costs, and also allowed you to quickly bring devices with new processors to the market. Apple, Samsung, LG and many other companies use ARM processors in their devices, creating their own processors in their laboratories based on ARM developments. As a result, various companies produced more than 130 billion ARM architecture processors.

How processors evolved from 1990 to the present

The first processors had one core, but this was enough since the devices of that time did not differ in high performance, the processor frequency was up to 1 GHz. Such processors were produced until 2010.

In early 2010, new phones such as smartphones appeared. Here, an increase in speed was already required. The second generation processors were designed to increase performance. The clock frequency increased to 2 GHz.

The third generation of ARM processors

The fourth generation of ARM processors

For a subsequent increase in performance, processors with 4 cores were developed. And also implemented the ability to create virtual kernels using software. It also increased processor speed.

In order to further increase the performance of processors, it was possible to go in two directions. Increase the number of cores, but this significantly increases the energy consumption of processors. Such processors are manufactured but used only in devices for which speed is important to the detriment of energy efficiency. For example, in server solutions.

The second development path for ARM processors is the combination of various cores in the processor. Such processors were widely used in 2019. For example, the Apple A13 processor is built on this principle. Let’s give an example a processor has 8 cores. Of these, 4 cores are powerful modern fast but also energy-intensive, 2 cores of the previous generation with an average speed, but consume less energy. Another 2 cores are slow but very economical. The principle of operation of such processors is that, depending on the current tasks, certain kernels work. You play games, all cores work. Watch Youtube work two mid-level, the phone in standby mode runs two of the weakest core.